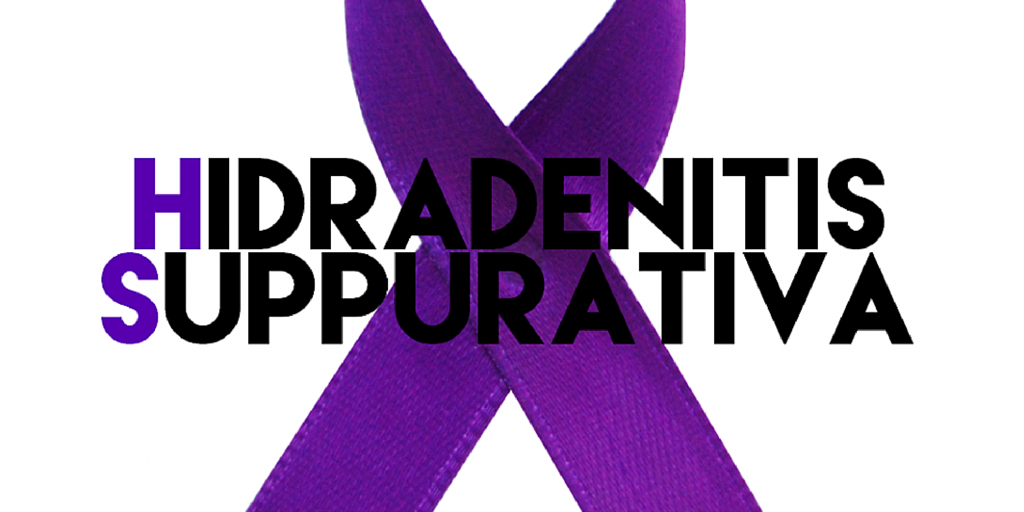 On the scale of skin disorders to have, there are worse ones than hidradenitis supportiva so sometimes I feel ridiculous for even feeling some kind of way about having it. But then there are times like yesterday when I couldn’t walk without the tears escaping from my eyes as I pressed to think happy thoughts unsuccessfully. It’s hard to mother or wife when you’re in so much pain doing normal things like sitting, walking, bending over, cooking but still need to function. 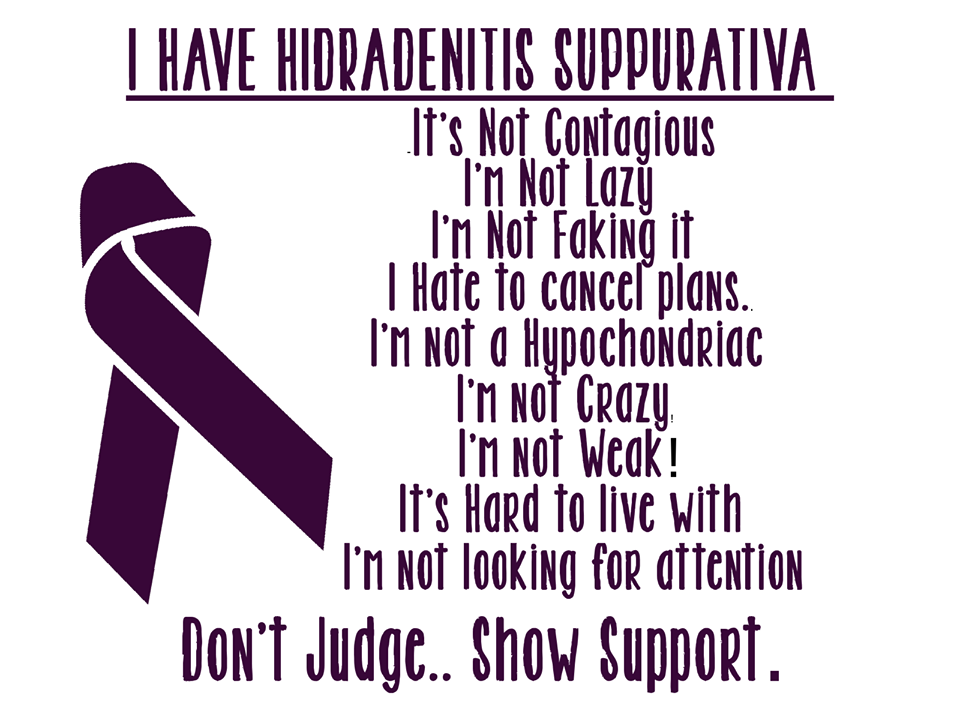 In short, they’re lumps that form under the skin in areas where skin rubs together–under the arms, groin area, butt. The longer, non-MayoClinic definition from personal experience is they are a network of cystic bumps under the skin that are in the areas where the skin rubs together. They often become painfully infected. Some say that they’re infected hair follicles, others have no clue as of what causes them but there are often a network of tubes that can constantly feed the lumps under the skin. When infection occurs, pain arises. If you have it, it will normally showing around puberty. 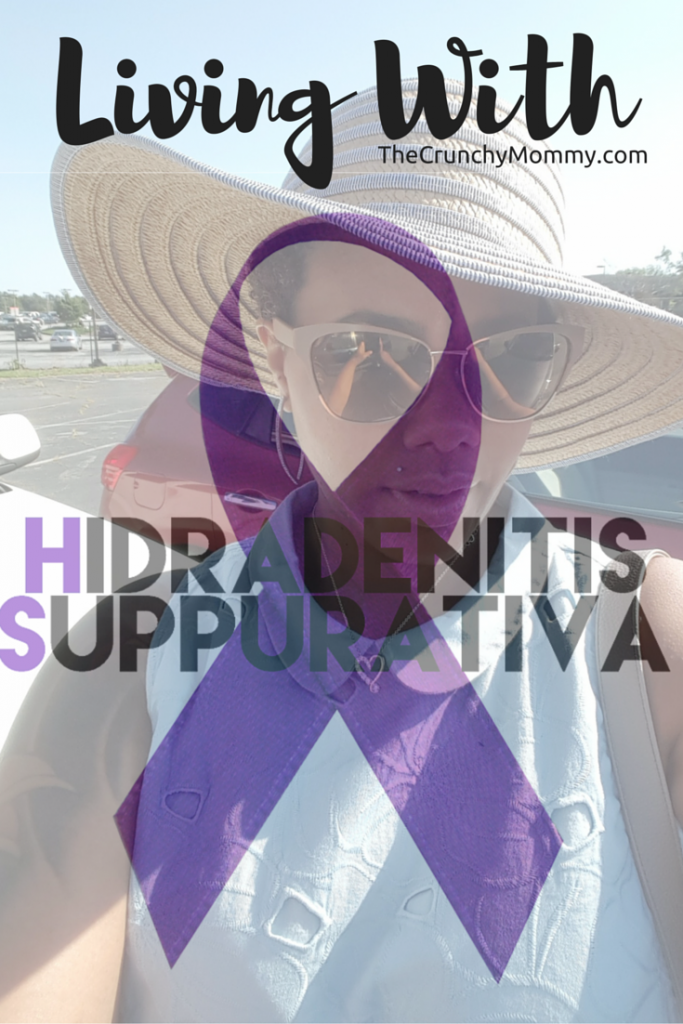 When I was 13, I noticed I kept getting these bumps in my groin area that made it really painful for me to wear my swimsuits. At the time, I was a competitive swimmer so swimsuits were my life. I would go to the doctor, they would prescribe an antibiotic and I would leave. When I was a senior in high school, I had a minor surgery where they removed one just to make sure it wasn’t cancerous–it wasn’t. Then they gave me a cortizone shot in the cyst. This was an unimaginable pain but it was years before the next ones returned.

Cut to when I was 25. I had a surgery where they removed ALL of the cysts and their networks. After being diagnosed by a dermatologist, we decided this was the best route since this network of tubes had been growing for over 10 years and I was tired of the pain. The surgery was a mix of the best and worst decision for this. They put me under and when they brought me back, he said that it was more extensive then they had thought but they’d gotten it all. There were more little vessels under my arms with wasn’t what they had expected. But they were gone. Finally. But the healing? This was the hardest thing in the world for me. I would literally sit and cry for hours because of the pain. Take a pain pill right? They made me so sick so I chose the pain.

After I healed, they were gone for maybe a year before I encountered my first one back during pregnancy with mini. It was depressing. I was already low because I was single and pregnant but then this too? It was a lot for just all of me to be in so much pain. Since then, I’ve gotten them sporadically but I was able to track how often they came back based upon my diet, stress levels, and water intake. But they are painful. Very painful and an inconvenience. It’s hard to explain to someone that you can’t walk when you haven’t been injured and can’t really explain the depth of your pain to someone. It’s hard to see your baby cry because you’ve yelped out of pain because of an untimely hug or jump in your lap. It’s tough to see your child wince when they see the scars on your body not from carrying them, but from something that’s uncontrollable. 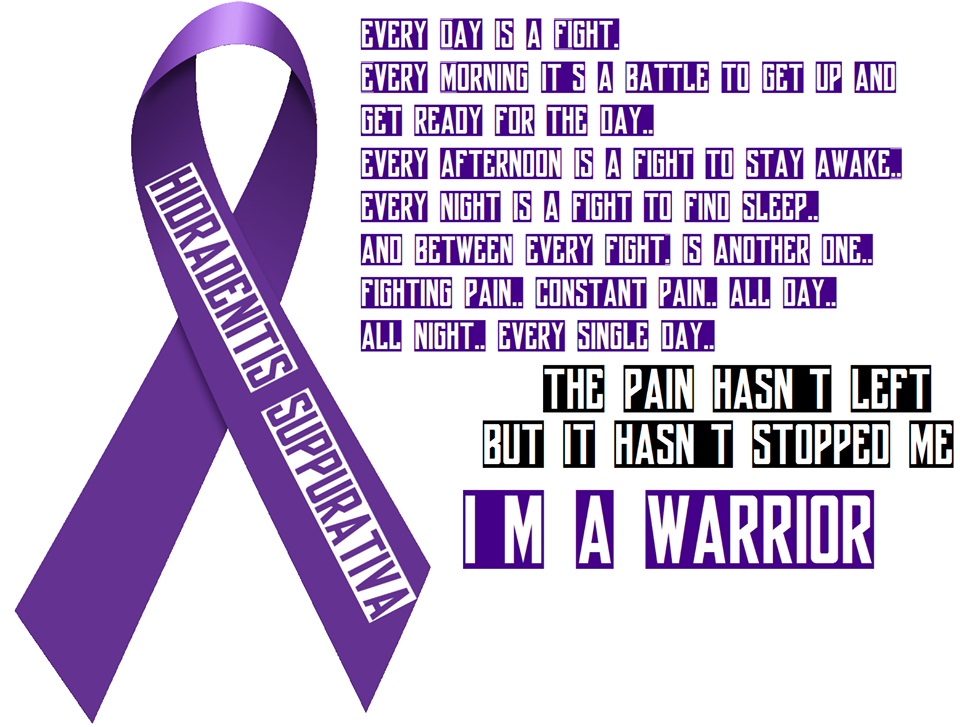 Natural Ways of Healing Your Body

I’m not going to lie, it’s tough to have an ailment that they don’t really know the cause of and then to just be in so much pain is hard. It’s very hard. But I learned that though there’s a lot that I can’t control, there are some things I can control and that helps a lot.

I know. Everyone is ALL about clean eating for weight-loss. It works. But clean eating is also really important for taking care of your body and helping it to regenerate itself. If you have a chance to watch “Fat, Sick, and Nearly Dead” I totally recommend it. It’s on Netflix so check it out one evening. After having a conversation with a fellow mother and hearing how she plans eating out certain days a week. At the time I thought this was genius! There’s nothing like taking some of the hours I spend in the kitchen off my shoulders! While it’s a temporary weight off my shoulders, being on my 2nd day in pain tells me it wasn’t worth it.

One of the ways to bring both comfort and cleansing to my skin is with salt soaks. Depending on how much pain I’m in and the location of the inflammation, sitting in an Epsom salt bath or just doing warm compresses with the salt will help with pain management and bringing the infected area to a head.

I learned in my teens that Goldenseal is one of nature’s antibiotics. Instead of going to the doctor, I would just start taking some of these as soon as I could feel the onset of one. Depending on the dosage and timing, I could catch it before it got out of hand.

Focus on the Positives

So this seems like it’s self-explanatory but it’s not. I’ve had one of these infections for a week and I was incredibly depressed. When you’re in pain for an unknown amount of time, it does something to your psyche. Trying to do the normal things like hug or shower or lay or breathe and it result in pain is just hard. During these times it’s really important to focus on good things

Go to the Doctor

Yes, this is probably my last result. Right after I had abc I had a really bad one. Like really bad. And trying to care for a newborn while in that much pain was something I just couldn’t handle. So I went to urgent care and I had it drained. I’ve had 2 pain-med free births and this pain right here? I almost passed out. If it wasn’t for my little beauty being strapped to me I may have lost it. Some tears went un-caught but they “packed” it (they took a bunch of tape looking stuff that was soaked in an antibiotic and put it in the huge hole that was in my leg) then sent me on my way telling me I couldn’t sweat. I had to come back in a couple days to have the packing removed but because it was so bad, they repacked it and sent me on my way. It healed pretty nicely but alas, I just had another one.

While there will more than likely never be a cure and all of this affected by this disease will just have to continue, it’s comforting knowing that throughout the almost 20 years of dealing with it, I’ve found some remedies that work and a community that knows intimately what I am dealing with on the daily. 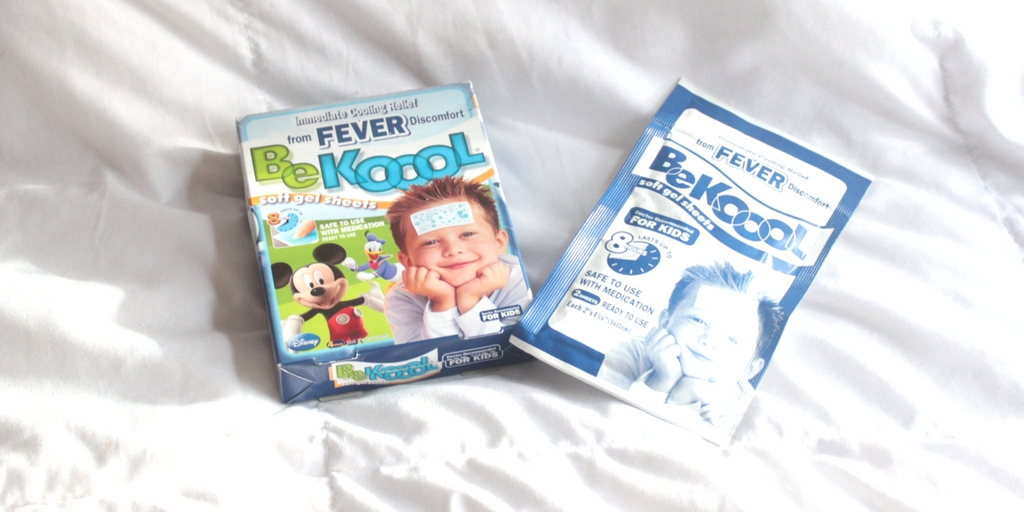 What’s In Your Cold/Flu Kit? 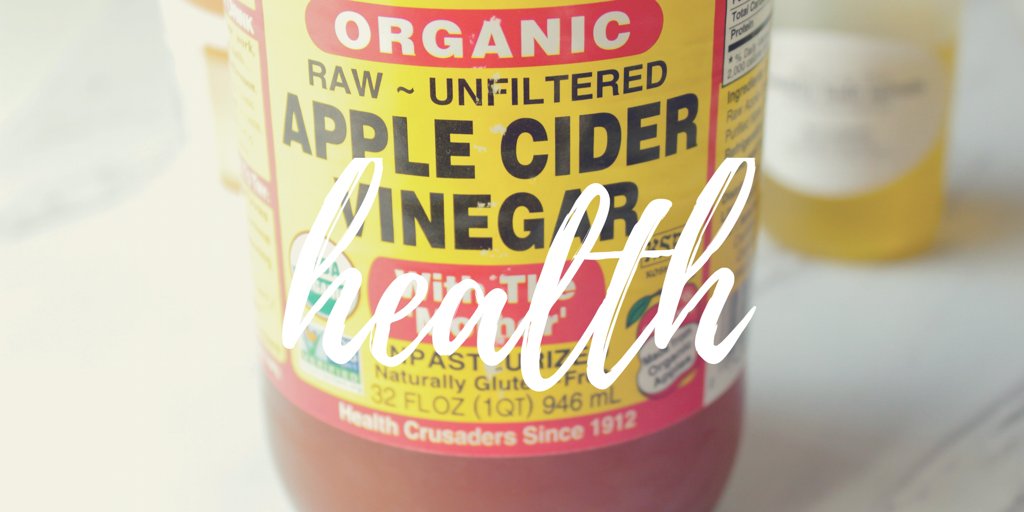 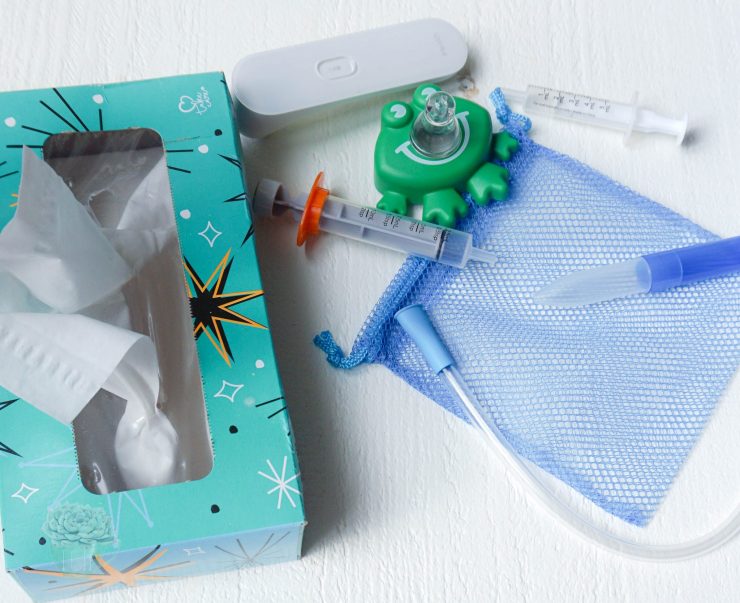 What’s In Your Cold Care Kit? Here Are My Essentials 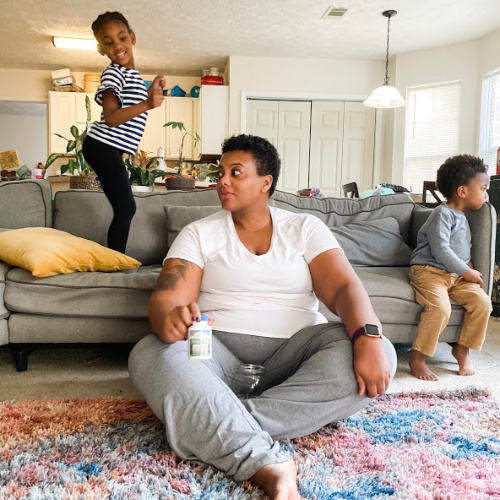 Beating the Overwhelm of Motherhood