I’d Kiss A Million Frogs To Get To Him 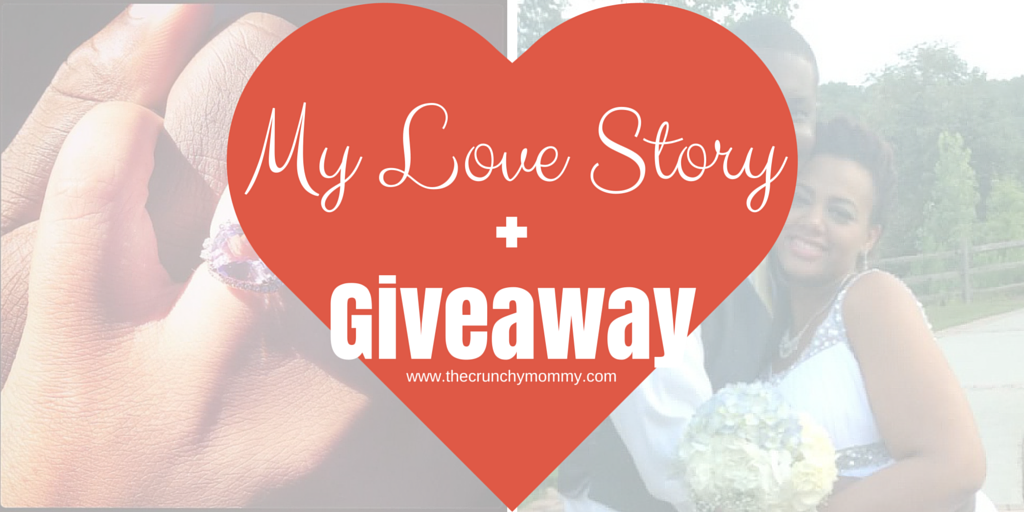 I’ve Kissed A Lot Of Frogs…

And then I met my love.

By the age of 30, I had been engaged 3 times, married and divorced once, and a single mother. I was jaded and had given up on the idea that I would ever find the one that I would actually want to spend the rest of my life with. In fact, by the time that I met my husband, I had settled with the idea that if I could just find someone I could tolerate even as a friend for forever, I would be happy. 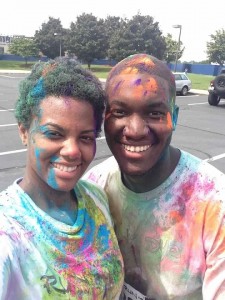 But then our eyes locked.

It was my first day at my new job and my new manager was walking my other new co-worker around introducing us. We met Alicia, then Ebony and then Denvor. Our eyes connected and there was a spark but both of us just shyly said hello and looked away quickly. I was fresh out of a relationship and not ready for anything serious so I disregarded the feelings determined to just be friends. 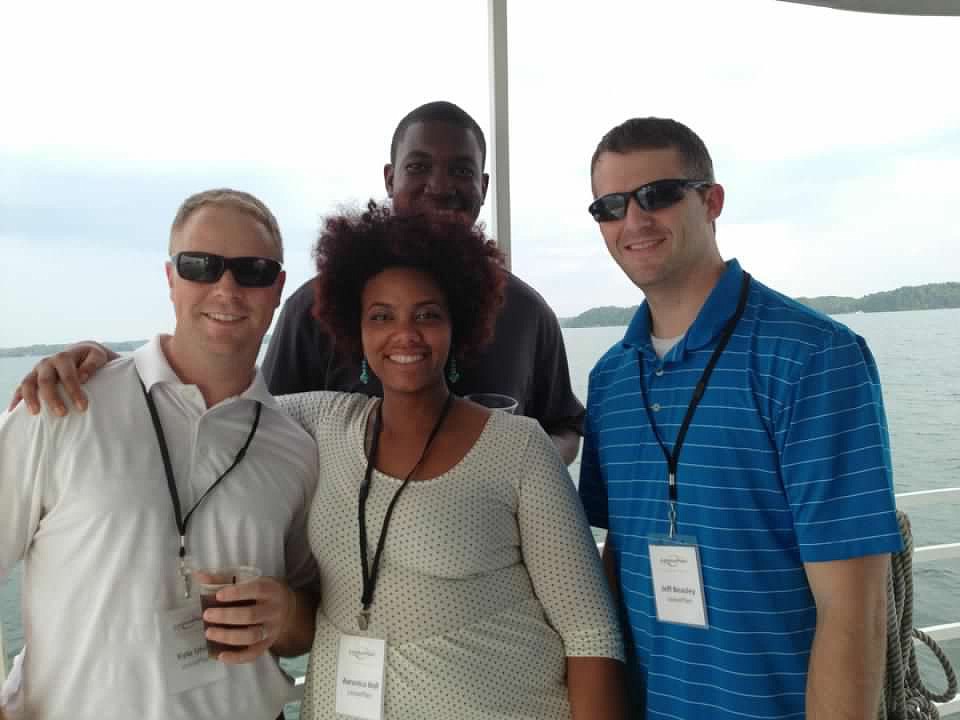 And friends we became. We talked about everything–our love of books, our birthday’s being in the same month, work, and even my daughter. In August I came to him crying after a conversation I’d had with mini that was truly heartbreaking. His level of compassion, understanding, and regard for my heart left me more smitten than I was before. After I invited myself to lunch with him and we talked about books, I knew he was it but I wasn’t sure about how he’d felt about me. 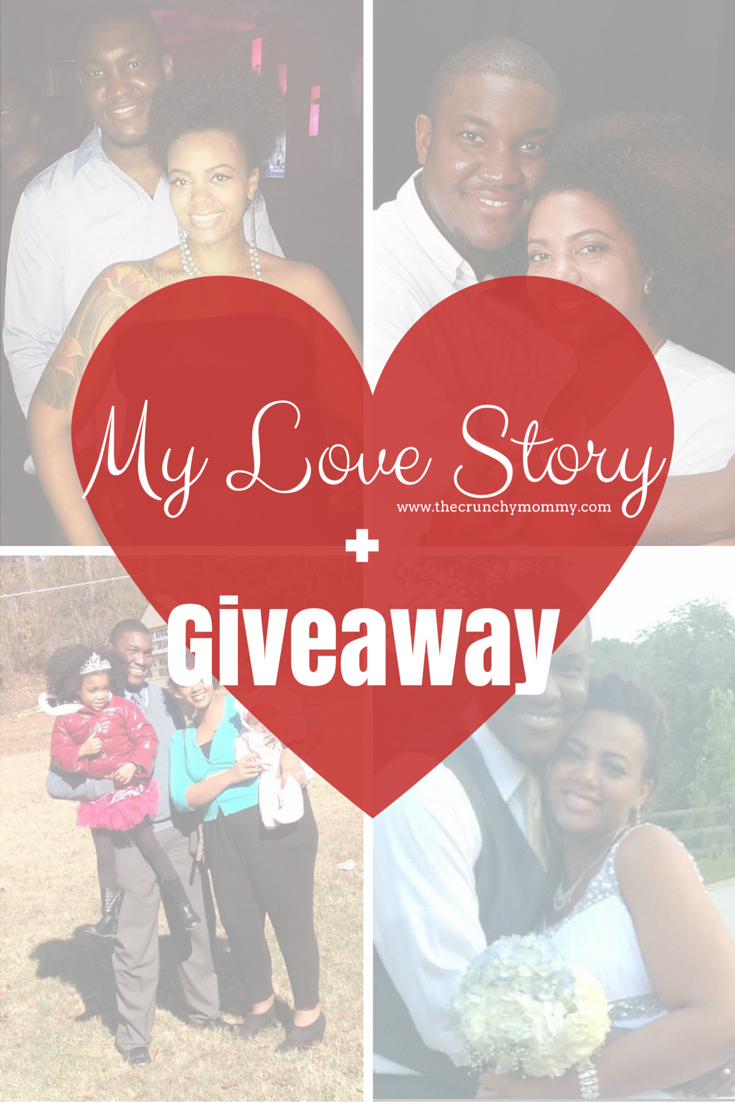 I asked him out.

Over and over and over again. He’ll say that’s not how it happened but it is. We would work later hours together and we really talked. I got butterflies every time he was close and all I wanted was to be swept up in his arms. And then we finally went out–as friends. We saw the movie “Looper” (terrible movie) and as the night ended, he hugged me and I didn’t want it to end. Then we went to go hear my friend Henry play the drums with his group. We’re both jazz lovers so it was a perfect night out. And then we went to a masquerade party where we finally discussed our feelings. Up until this point it had just been “understood” but we worked together and had developed a really solid friendship by this point so this was big. Dating a co-worker can be risky but it was worth it to us. And that night we had our first kiss–our very last first kiss. 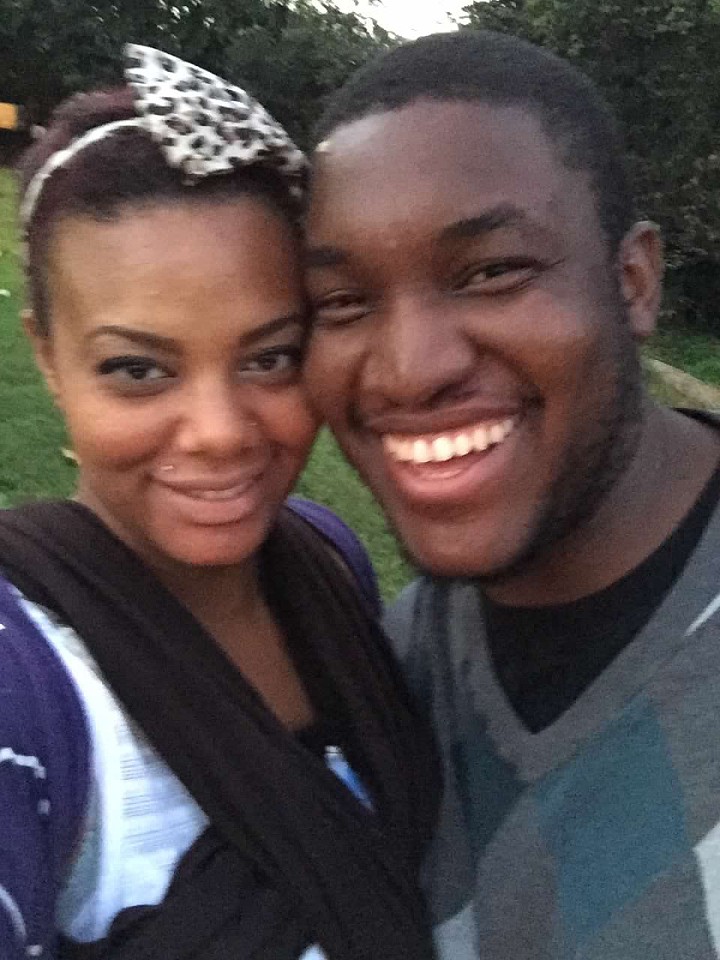 We dated with intention.

By the time that we agreed to date, we both knew that this was it. Neither one of us were playing mind games. We knew we wanted marriage and that was our intent upon dating. We’d done a lot of the getting to know you during our friendship (including the most embarrassing time I pooted in front of him and then didn’t talk to him for a week) and since we were both acting as adults, it was easy to get to the meat and potatoes of each other. But even while dating, our favorite thing was always watching movies. He’s a homebody and I am by nature too so movie watching was never just a cheap date with us. 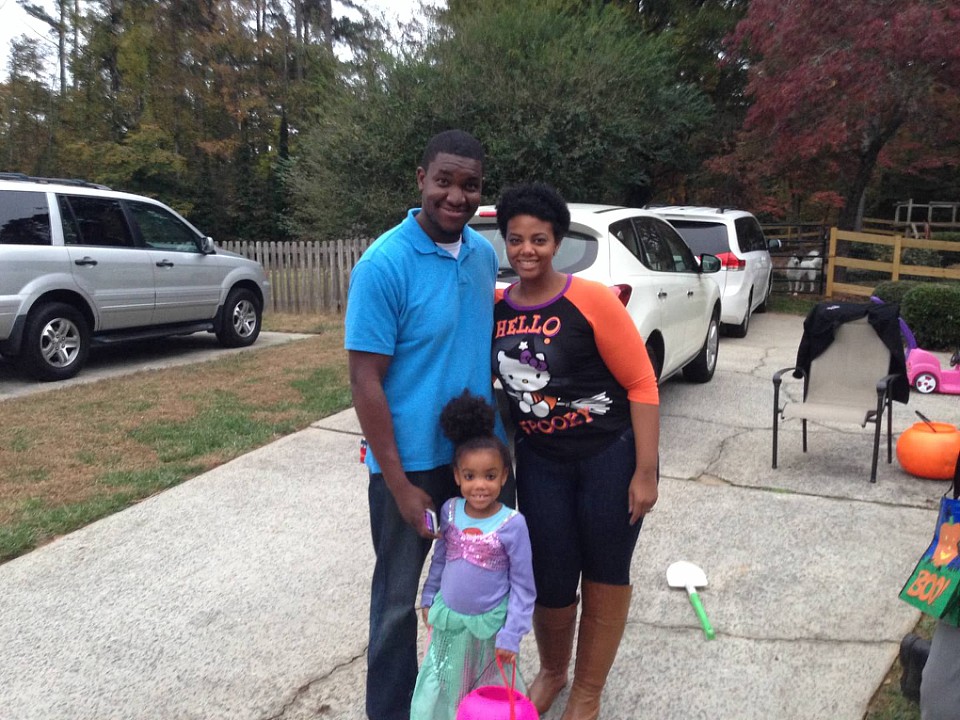 He asked for permission. 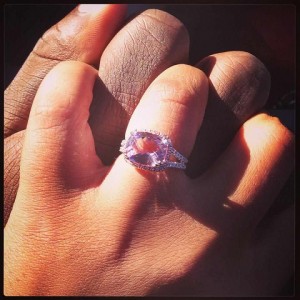 Yep. The old fashion way. But not in the “my daddy owns me so only he can give me away” but in the “I respect the love you have for your daughter and granddaughter and I would like to join your family” way. Then on October 20, he asked me for permission. And it was perfect. We sat watching mini play at the playground after church. He said some lovely romantic words and then whipped out the ring it seemed like I’d been waiting for forever to get–a beautiful cushion cut lavender amethyst set in rose gold surrounded by diamonds. I’m not a big jewelry person but I fell in love with this ring when I saw it. Mini’s birthstone is an amethyst and it was important to both of us that she be part of our union in some way. He loves her as if he made her himself. 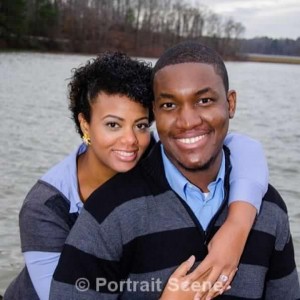 I would marry him everyday.

I love my husband more each day. Every morning I wake up to him is the best day I’ve ever lived. He’s the most caring, understanding, hard-working, incredible man that I’ve ever met. He’s taught me so much about life, myself, motherhood, faith, and love. I never thought that during my time kissing frogs I would finally get my prince but I did and I happily made him my King with me his Queen. 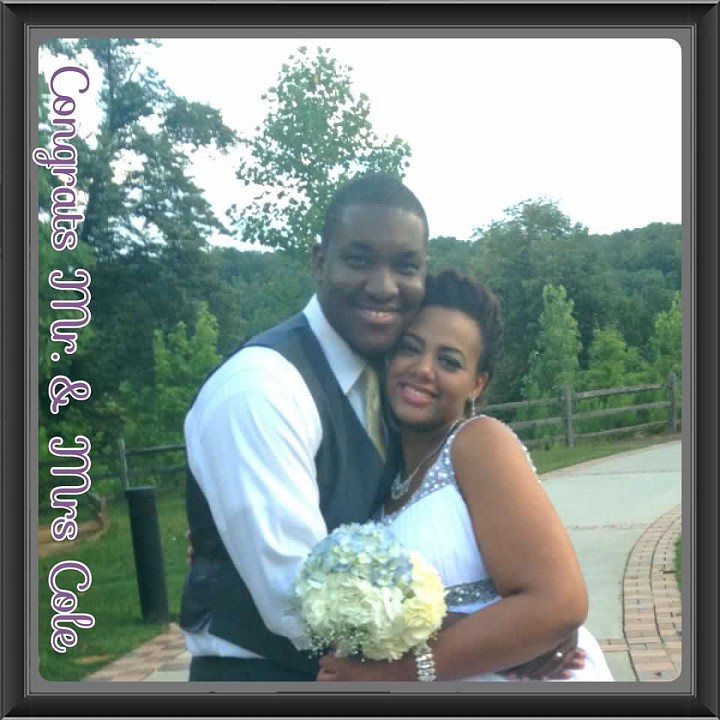 Now with 2 young children and no one breastfeeding or co-sleeping, mama wants date nights with her hubby back!!! As we work on rekindling our dating life, I want you to rekindle yours as well with a giveaway! 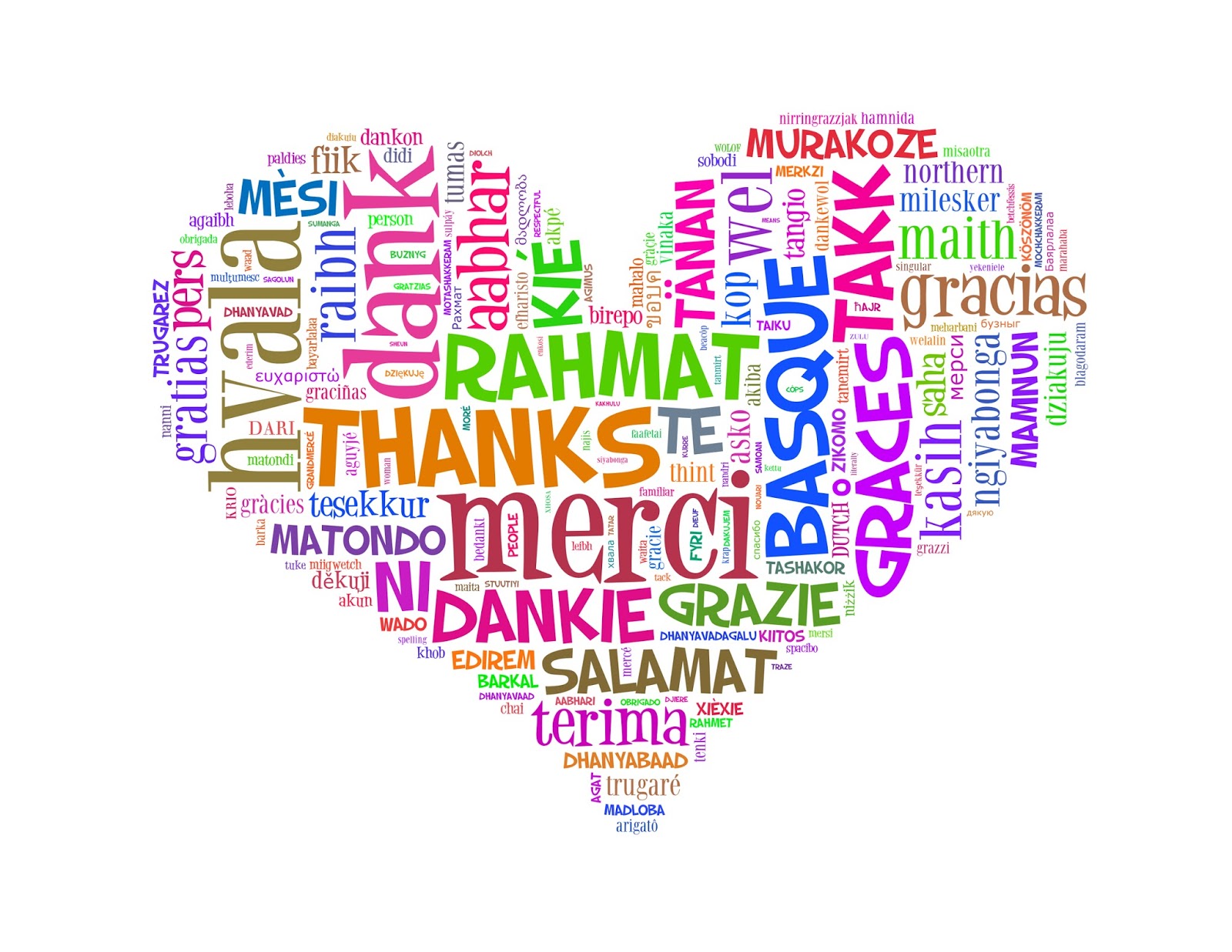 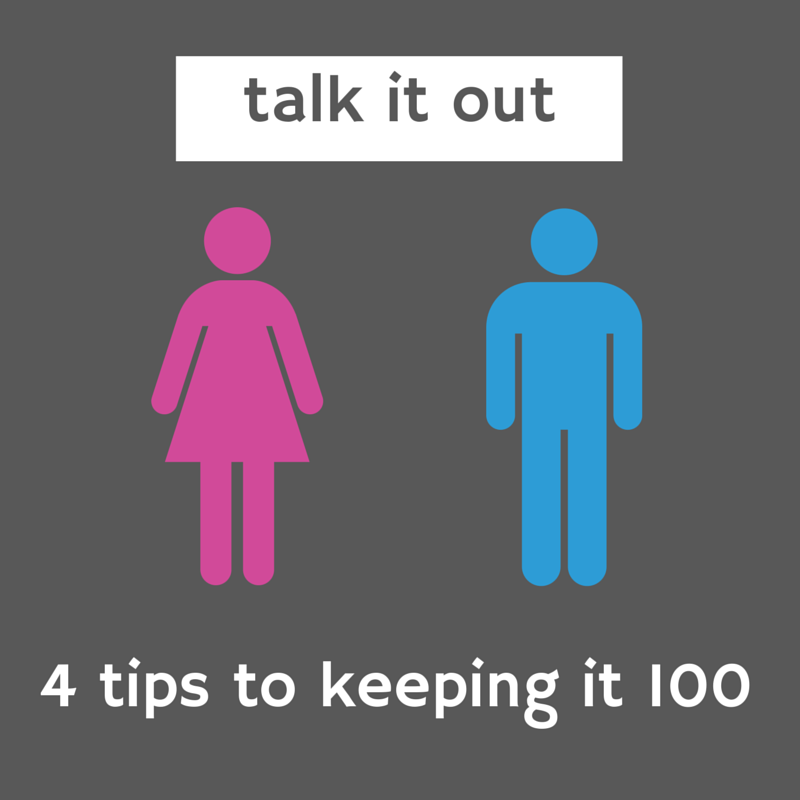 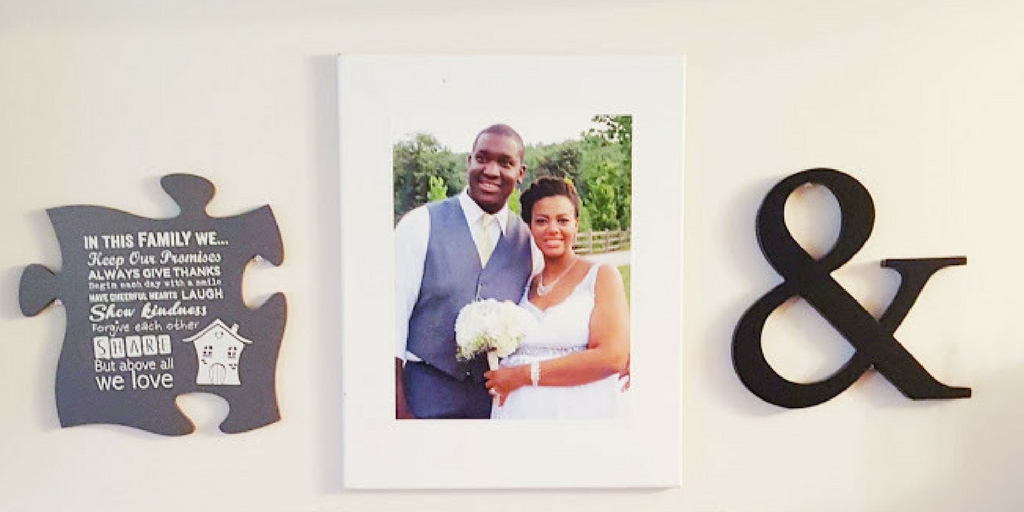 My Marriage Is My Home 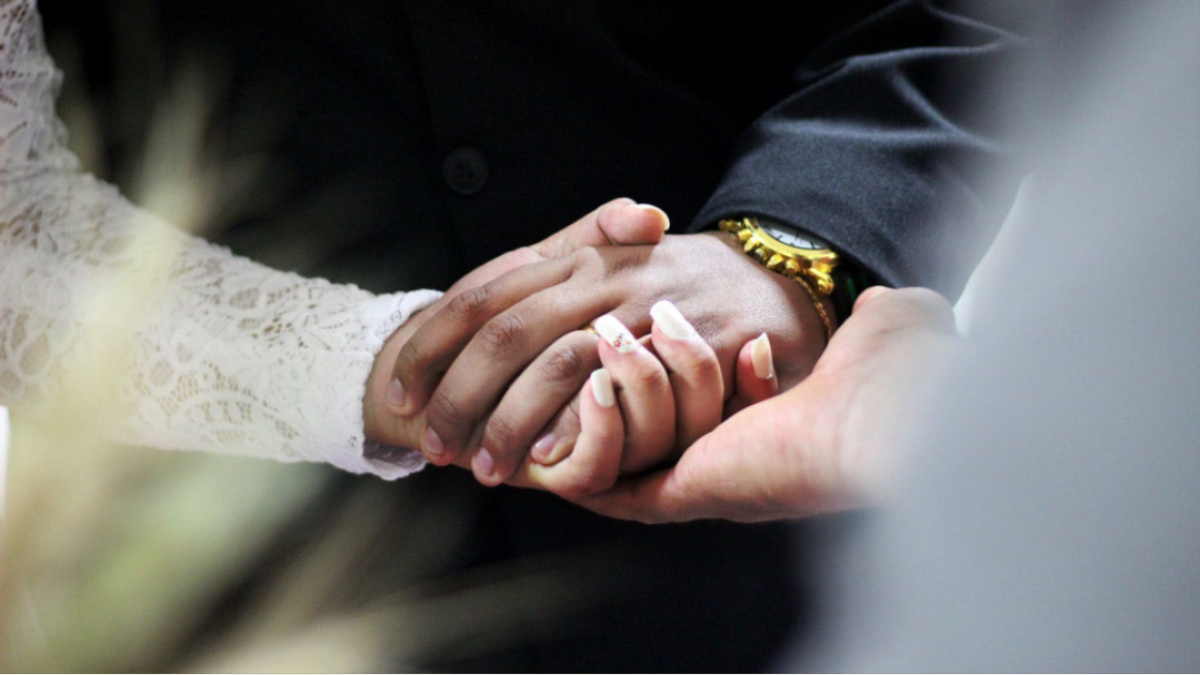 What Makes A Happy Marriage Work?