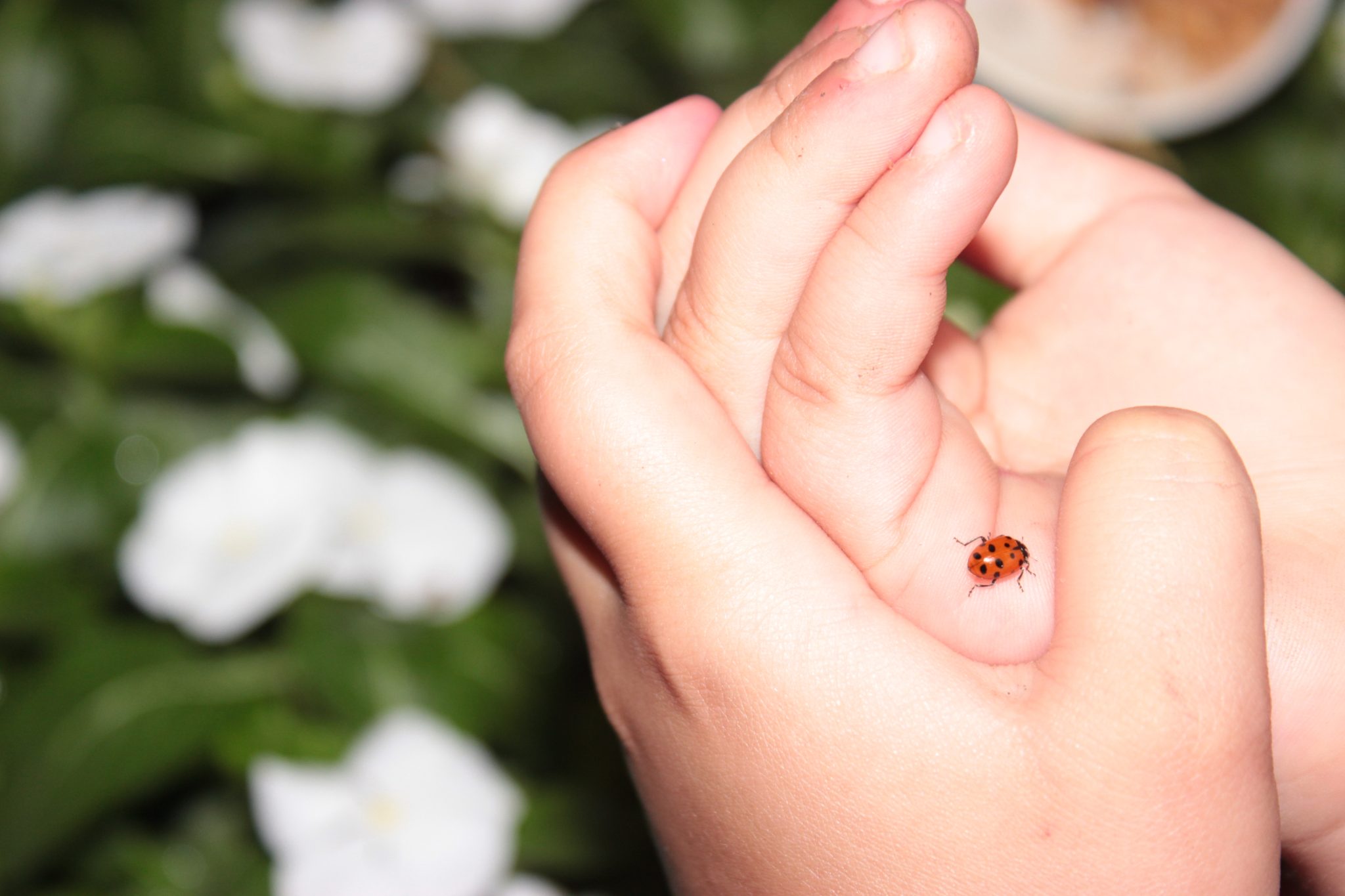 When most people think of ladybugs, they think of luck. These might be one of the only bugs that when I see it, I don’t immediately begin to feverishly swat at it and secretly pray for it’s imminent death. Nope, none of that happens when I see these little guys. 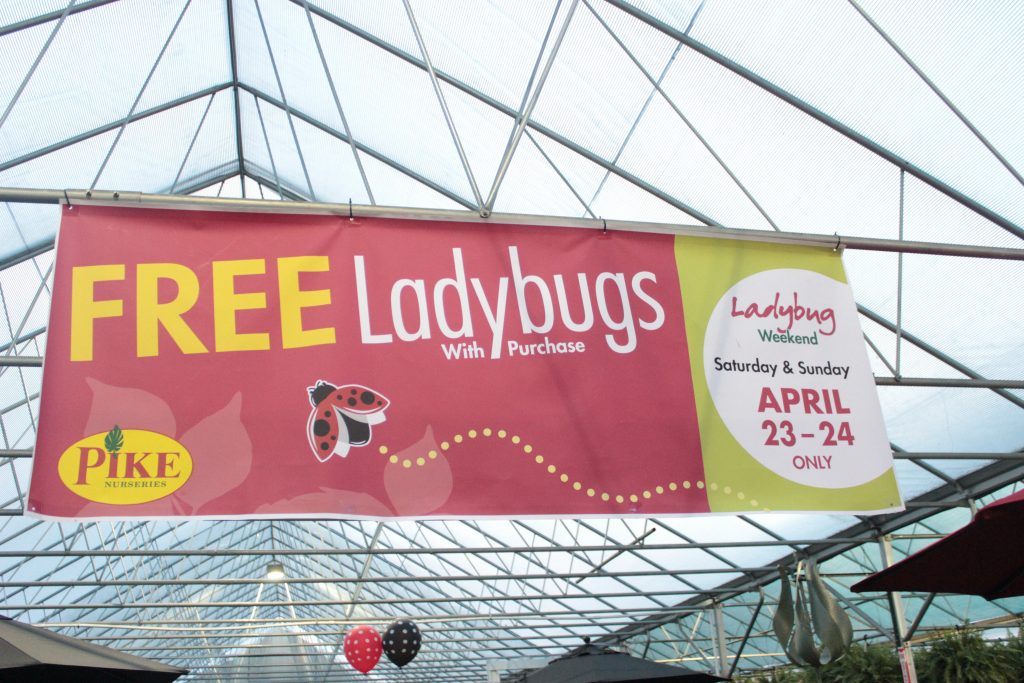 Having little girls, ladybugs are popular with clothes and accessories and I always thought they were these cute, little bugs meant to spread good luck and cheer all over the world. But they aren’t. These little guys have a purpose and a rather awesome one that I learned about during the recent release of ladybugs held at Pike Nurseries. 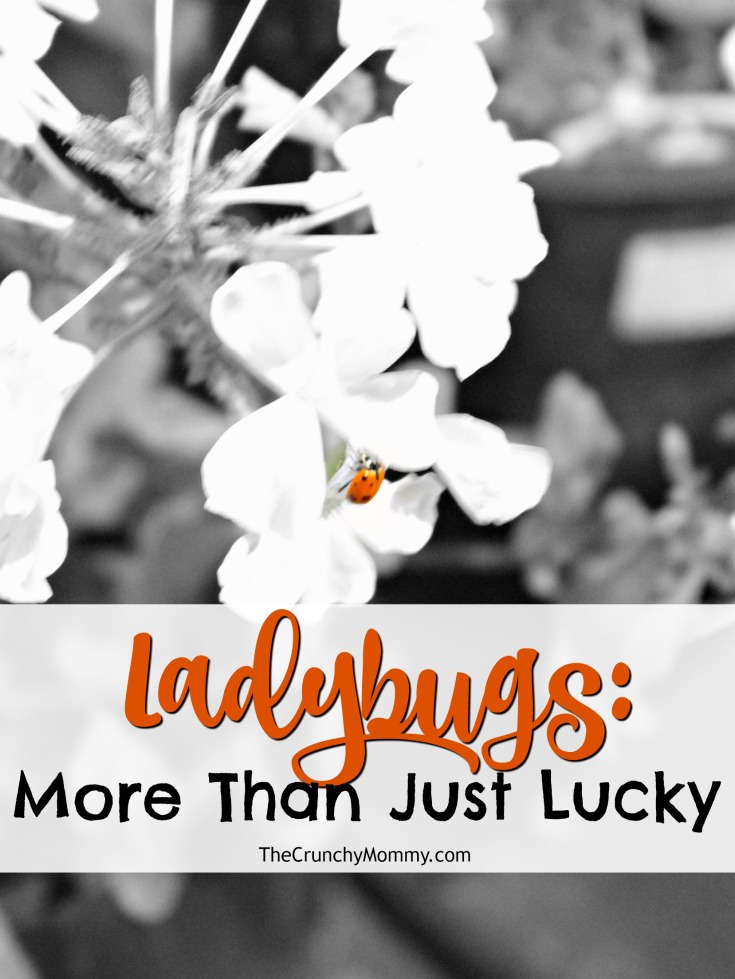 These babies are killing machines!!! Yes, killing machines as in they will eat those nasty little bugs that are determined to kill your gardens. Its a dog eat dog world, right? Or a ladybug eat nasty bugs world to be more accurate. 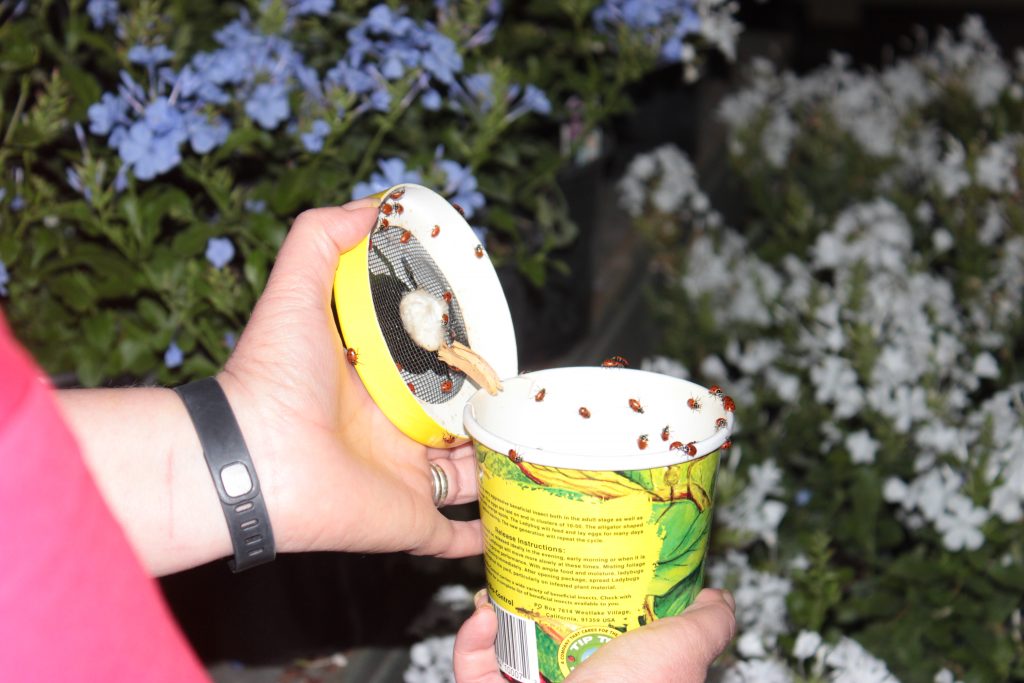 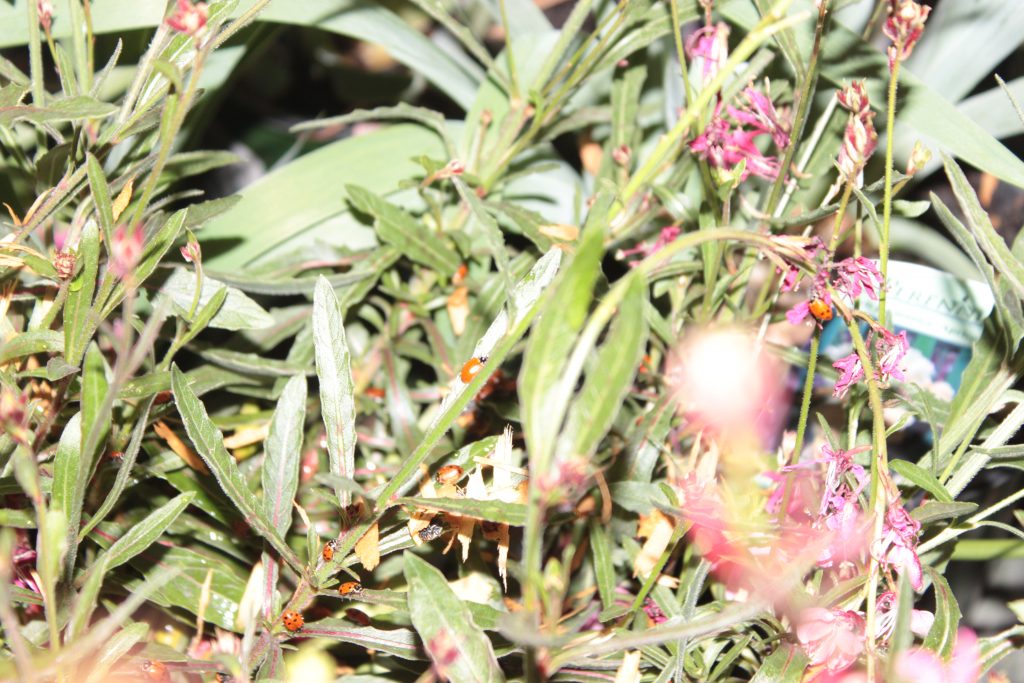 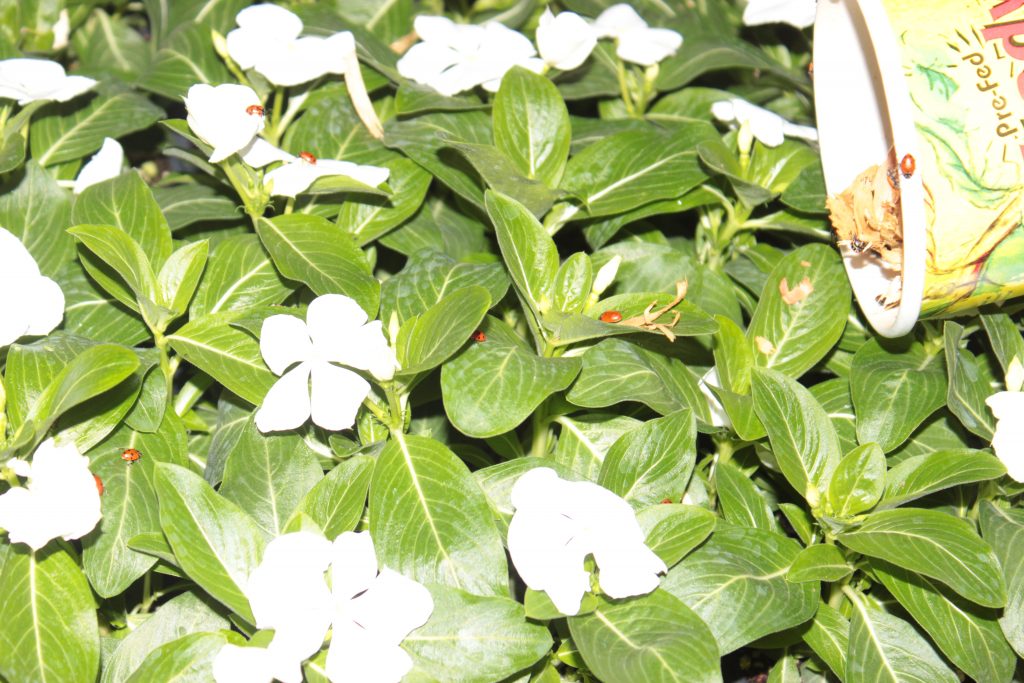 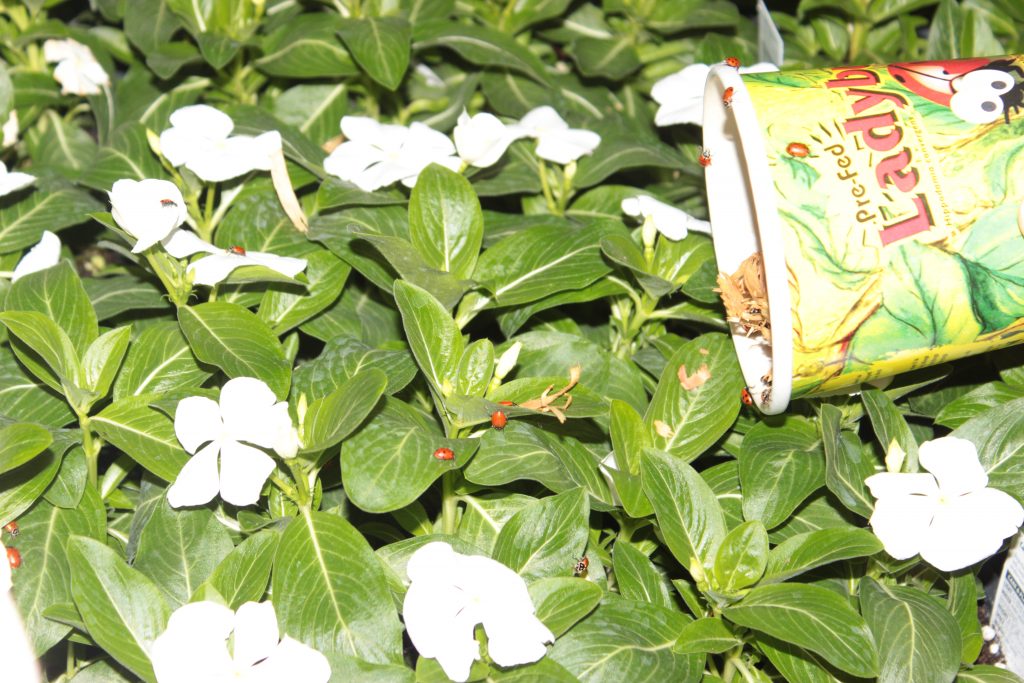 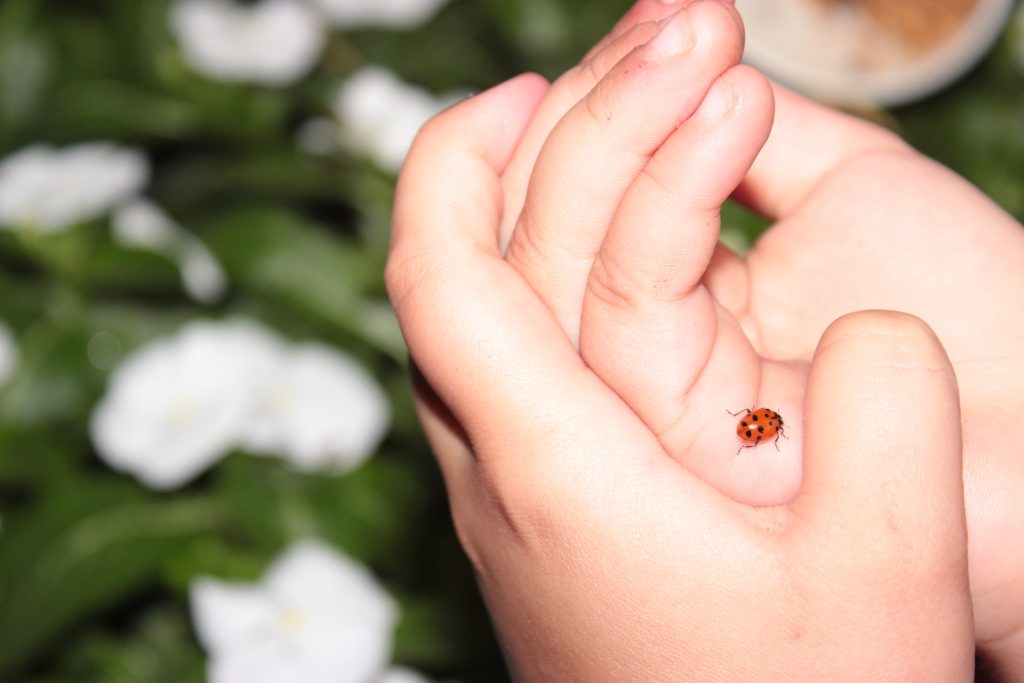 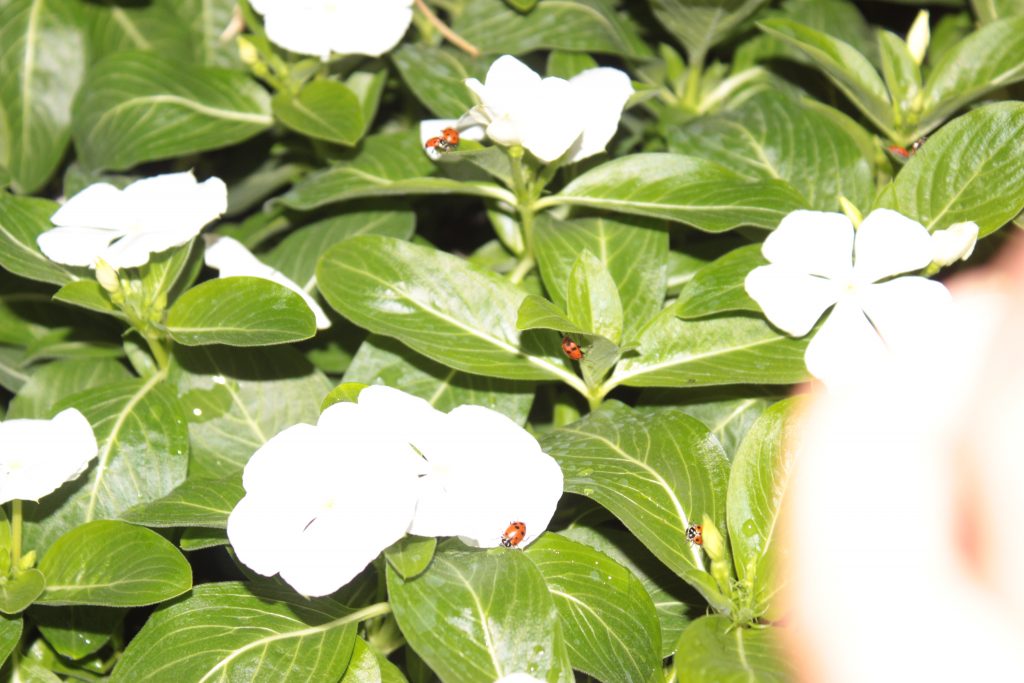 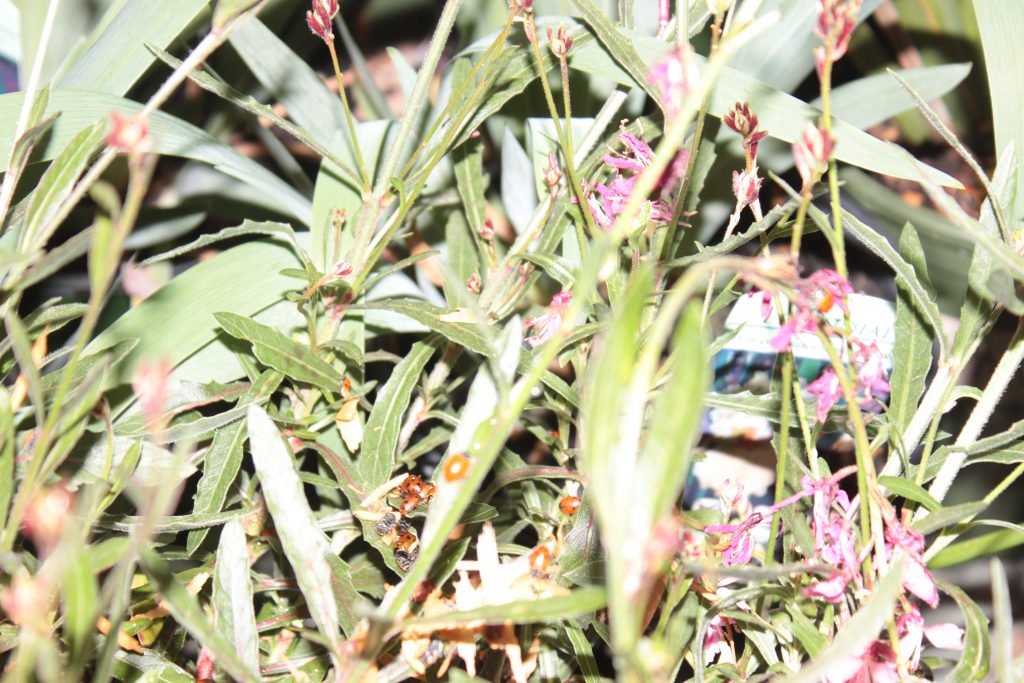 Pike Nurseries: A Wealth of Knowledge

At the event that Pike Nurseries had (which was then followed up by flyers sent home in mini’s backpack) I learned so much. While I don’t have a garden just yet, I do know that they’re the ones that will be able to help me when I’m ready. Did you know that you can take a dying plant to see them and they’ll nurse it back to life? I’ve got a tomato plant sitting here that needs some emergency care, sheesh.

Now if only ladybugs ate weeds. We’d be in business!

Check out more ladybug information here including how to build your own ladybug garden!

Have you been blessed with a green thumb? What are you growing? 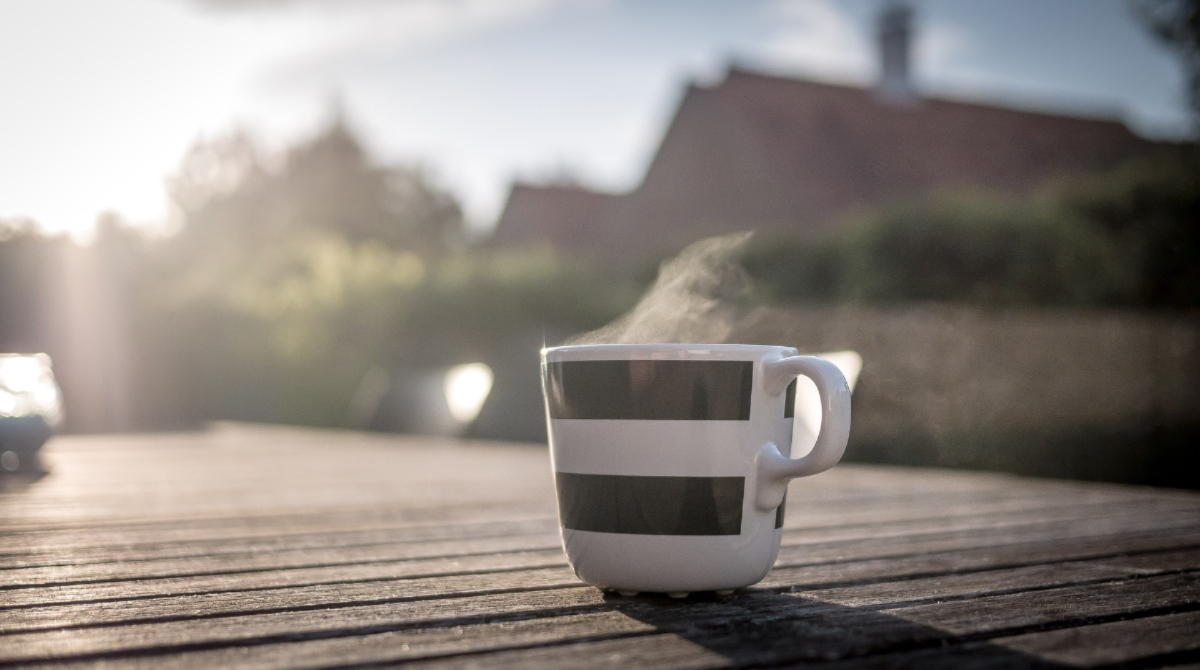 7 Practical Uses For Coffee Grounds In The Garden 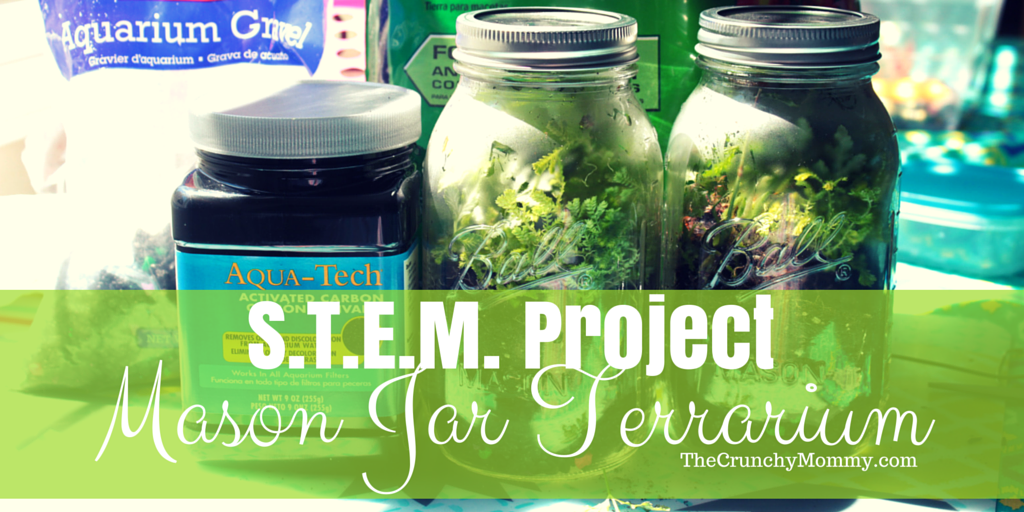