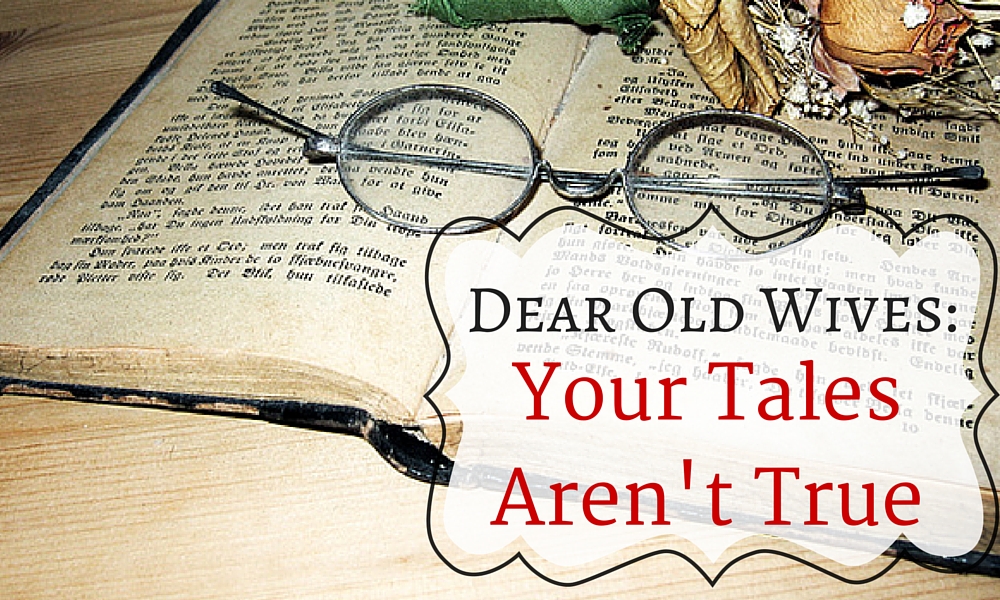 Old wives’ tales are passed down from generation to generation as if they’re law. Unsuspecting and new moms are told these random bits of information and then are guilted into following these unproven myths. In honor of all the moms that have been force fed these tales as undeniable truth, I have written an open letter to these old wives: 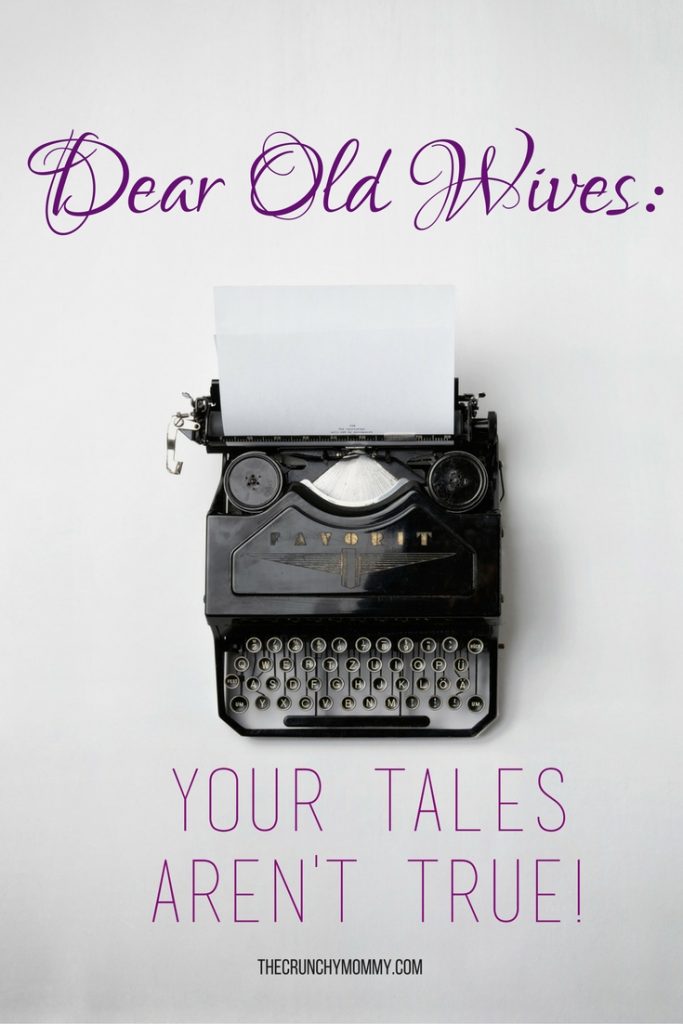 sigh I know that you mean well, or at least hope you do, when you share some of these ridiculous tales with other mother’s but you’ve got to stop–really. I belong to many mother boards on Facebook and it seems like you are accosting us daily with tales of feeding babies mashed potatoes and gravy at 3 days old, giving rice cereal at birth and being discouraging to moms who want to breastfeed their babies like it’s the new thing to do. Stop.It.Now.

First off, most of the old wives’ tales are malarkey. Like seriously. There is no sex position that will predict the gender of a baby. Science shows that the sperm for little boys swim faster than that of the little girls. This coupled with when sex is had in comparison to when she ovulates are really the factors that determine the gender. Stop convincing women that if they bend over sideways at a perfect 37 degree angle at 3:57pm, she’ll have a boy–guaranteed. It’s not going to happen without the help of a geneticist. 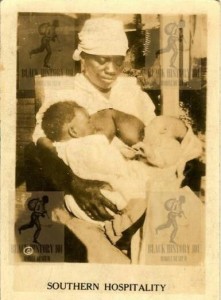 And what’s up with all this hate towards breastfeeding? You do know that prior to formula women fed babies from either their own boobs or the boobs of another? And only in America is it taboo for women to nurse a baby into toddlerhood. Since I’m talking about feeding babies, stop trying to get babies to eat foods prior to their little digestive systems being ready! Yes, this means no mashed potatoes, rice cereals, fried chicken, grits, hot sauce, gravy, etc until AT LEAST 6 months. Feeding babies solids prior to their digestive systems being ready has been linked to childhood obesity and illness.

Putting rice cereal in bottles at night isn’t good either so stop suggesting it. First off, babies aren’t supposed to sleep through the night unless they are ready. Waking up every now and again prevents SIDs and putting rice cereal in their bottle doesn’t help them developmentally. Sure it might make them feel more full but they haven’t done any work on their tongues learning how to move food around their mouths and swallow. This isn’t helpful at all. And the myth that a full belly will make a baby sleep through the night isn’t truth either–I know, I’ve tried stuffing my baby and she still woke up just cause.

The final old wives’ tale I want to address is this notion that babies can be spoiled by holding/rocking them or letting them sleep with you. This is BS in it’s purest form. Babies are essentially snuggled for 10 months so to expect them to enter the world and just adapt so quickly is not only unfair, but it’s wrong. Holding babies to calm them or even just to snuggle them isn’t spoiling them either. Comforting a baby helps them feel secure in the world and loved–not spoiled. In fact, maybe it’s you who needs the hugs and snuggles so that you’ll want to give them more.

Stop feeding these untruths to us mothers as if we don’t have the ability to research these things at our fingertips. We have so many resources to help us raise these babies that we really aren’t in need of unwarranted advice that’s going to lead us into raising emotionally stunted chubby kids–no thank you. And just because we don’t want to follow your tales as law doesn’t make us bad mothers either. If I want to breastfeed my baby until she can milk me herself, I will because you know what? IT’S MY CHOICE!!! So please, no more unsolicited and crazy un-researched advice. I have Google to prove you wrong. 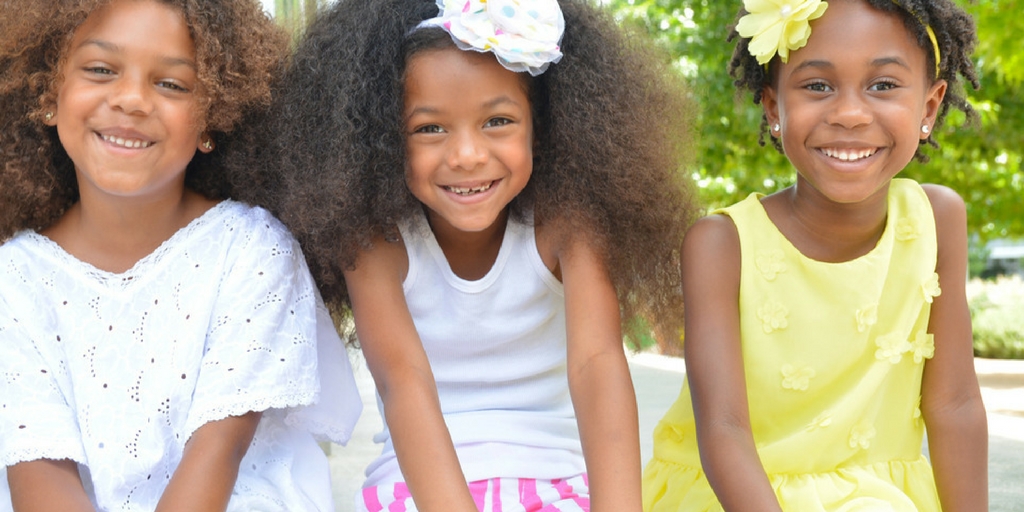 Get Ready For Summer With Your Kids Using These Tips 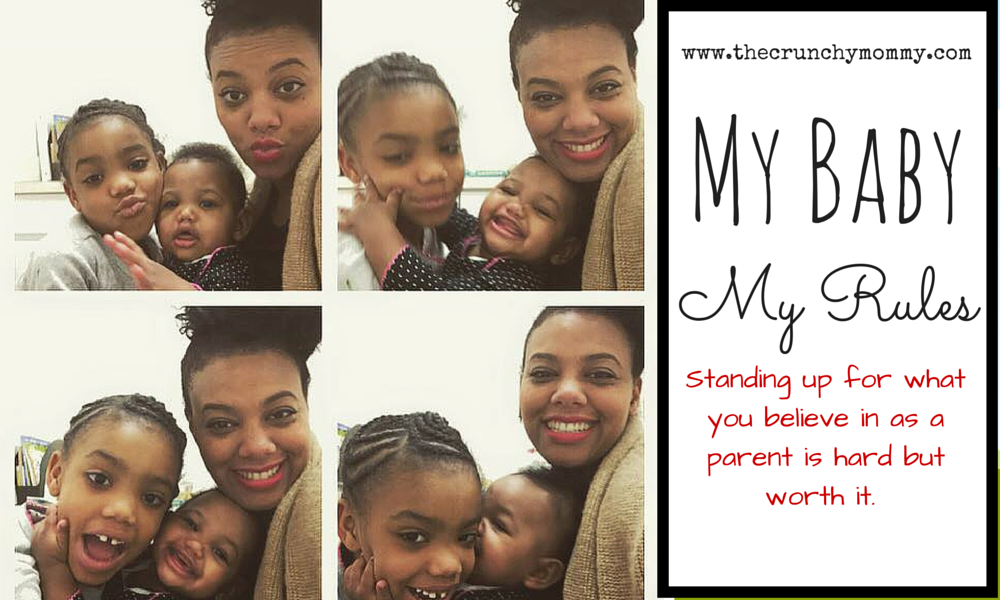 My Parenting Mantra: My Baby, My Rules 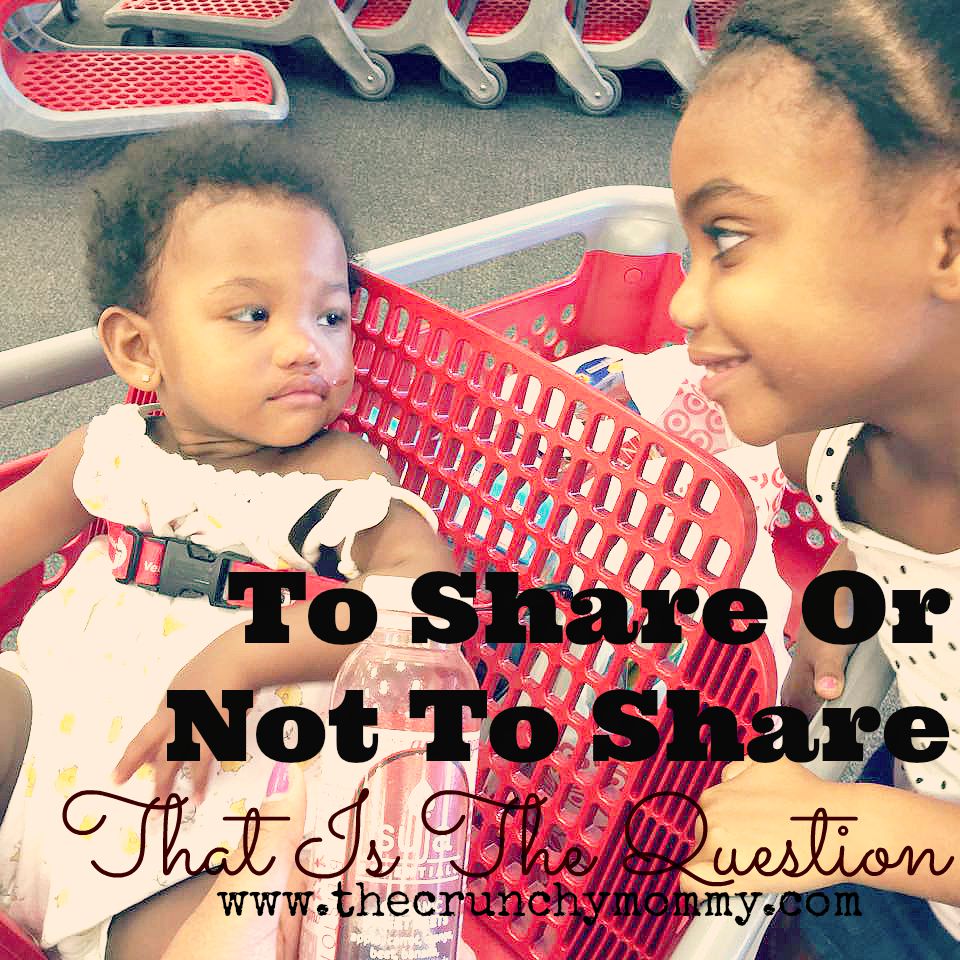 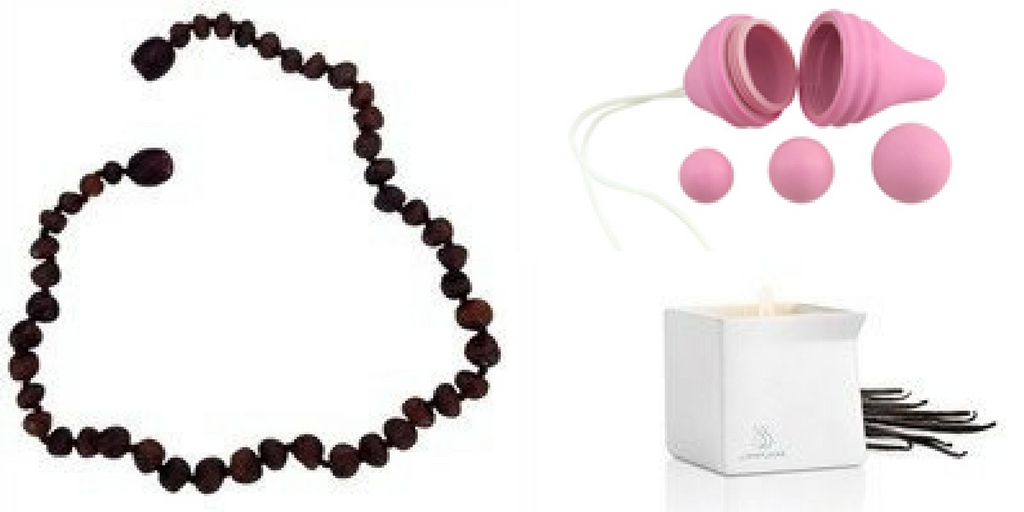